Skip to content
Have you ever saved a life? It’s unlikely when choosing which play to perform that the Director, thinks, “Now which one of these will save an audience member’s life?” In fact, the thinking is probably more along the lines of, “Which play can this cast get through without killing each other.” But then, Scotus Central Catholic High School comes along and their story is as beautiful and engaging as their performance of May I Have Your Attention, Please? I recently was able to speak with, Daniel Strecker who played Chris Borthwick in the play four years ago. I had heard the rumors of some school in Nebraska whose performance had saved a life, but until now, I never knew the rest of the story.
Scotus Central Catholic High School is a small school (400 students), located in Columbus, NE.  It’s a parochial school, and like most schools,  money is tight. In Daniel’s sophomore year of high school the Fine Arts had to cut its budget to save other activities like sports and academic extracurriculars. One Acts was one of the things that was cut. [In case you don’t know what it is, it is a short play acting competition usually the duration of One Act (hence the name).] This may not seem very different from a lot of other schools across the country who when forced to make budget cuts have turned to the arts as one of the first budget items to cut. Though this cut is only the beginning of the story, it easily could have been the end. 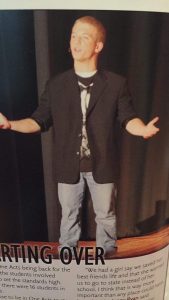 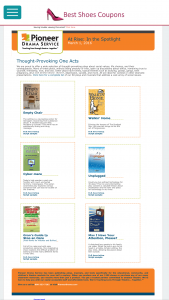 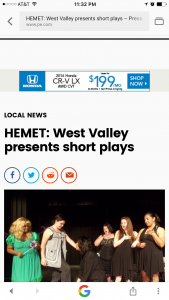 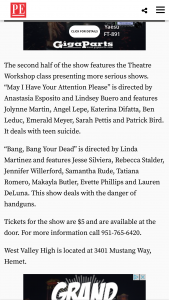